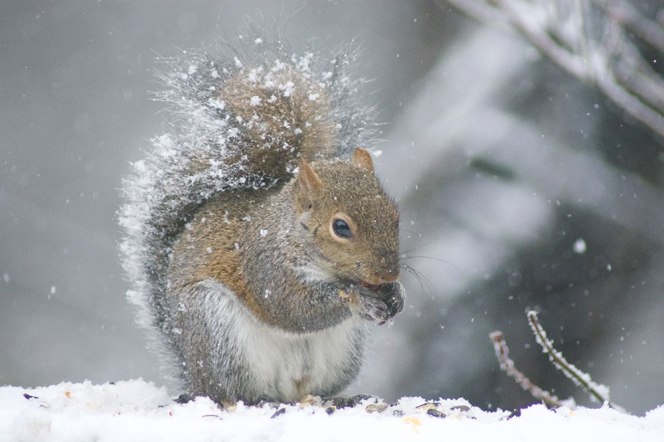 NASHVILLE, TN. In a surprising turn of events, the squirrel caucus has put forth a candidate for President of the Backyard.

P. Nut Squirrel has declared his intention to run against Jack the Scottie for the position of President of the Backyard. Mr. Squirrel made the following statement, “I have lived in the backyard my whole life. I believe I can represent the interests of all the little animals in a most excellent way. Jack the Scottie does not even live IN the backyard. He lives in the house and only visits the backyard when he is released out the back door.” [Photo taken during Snowmaggedon, courtesy of the Puppyrazzi.]

Before the caucuses, Jack the Scottie made a tour of the backyard, visiting the key gathering places. His campaign expressed gratitude in the democratic system and applauded Mr. P. Nut Squirrel for his willingness to serve. (Video below.)

Anony-Mouse sources said, “Now we’ve got a Real Campaign for President of the Backyard.”