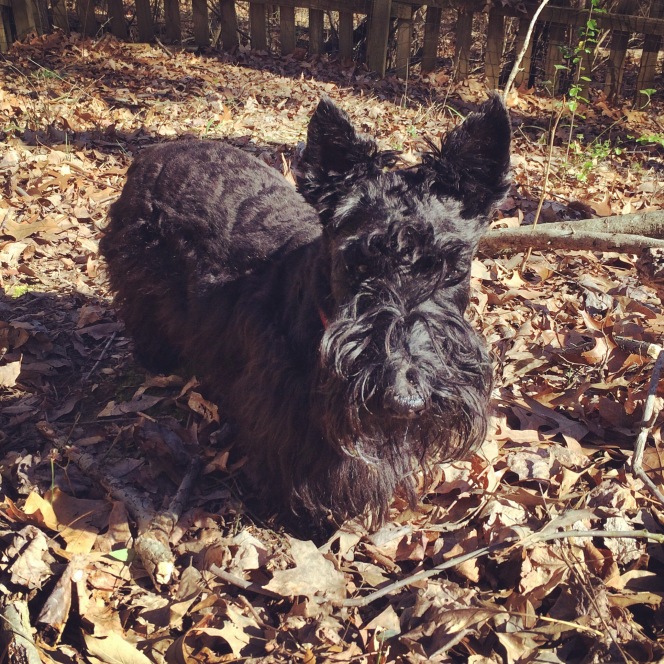 NASHVILLE, TN. As Super Chewies-Day Approaches, Jack the Scottie has had a busy weekend of campaign visits and consultations.

Jack the Scottie is a candidate for President of the Back Yard. His primary opponent, Mr. P. Nut Squirrel, has not been heard from in recent weeks. Mr. Squirrel’s campaign staff report that P. Nut is making visits to all his Winter Nut Stashes and should be returning to the back yard soon.

On Saturday, Jack attended a Meet and Greet at The Two Rivers Dog Park. The first warm day since January, the park was filled dogs and hoomans, giving Jack plenty of opportunities to sniff out allies for his campaign. He made an especially great connection with the Miniature Schnauzer Caucus led by Doc and Roni. Jack received a much-needed campaign contribution (a blueberry treat) from Doc the Schnauzer’s hooman.

Jack meets a new dog as he is leaving the park (below). 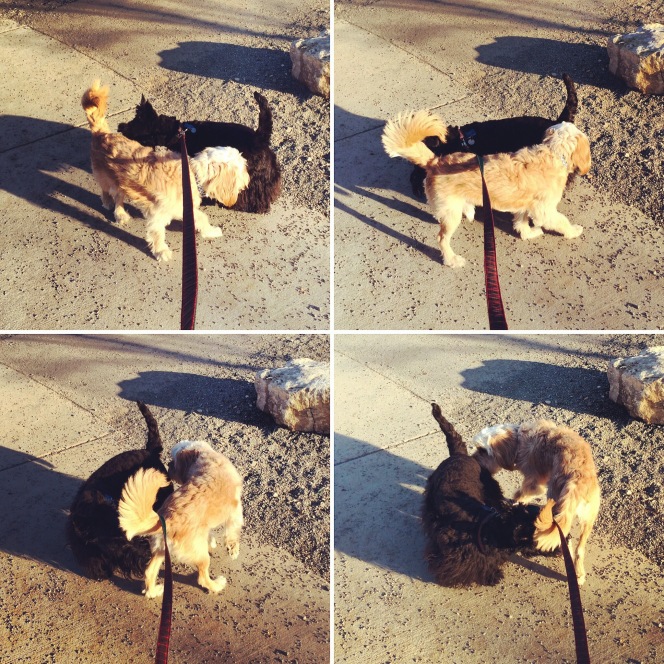 On Sunday, Jack made a thorough inspection of the back yard, especially noting the fallen tree branches. He visited all five branch piles.

Jack said, “I have confidence in my chances for Super Chewies-Day. I feel that as I share the story of our back yard, the momentum behind me is building. Everyone wants a nice back yard to play in.” Arya, Jack’s campaign manager said, “I’m looking forward to Super Chewies-Day. Chewies are my Favorite Thing.”

The campaign released a photo of a reflective Jack taking a break between meetings in the back yard. 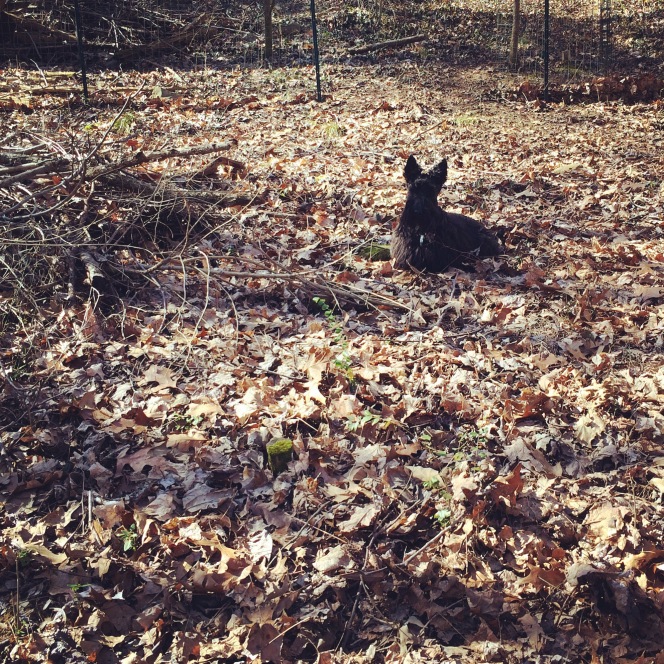