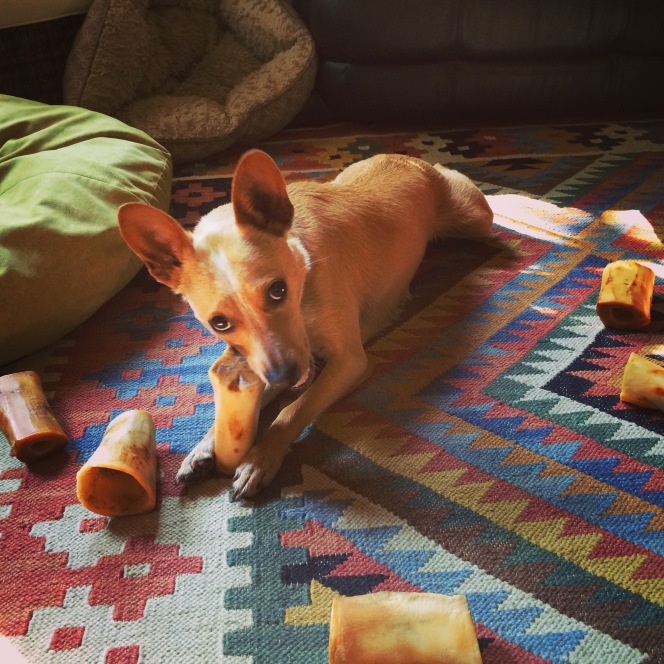 An Open Letter to the Voters in the Back Yard,

I am writing you with great concern over the Vice Presidential Candidate for the Puppy Party, this “Porch Dog,” Arya. She may look cute, but she is, in reality, an Attack Dog, taking every chance possible to chase squirrels off the deck. This deck should be accessible to every creature of the back yard habitat. The porch is unattainable to many rodents at this time because of the exclusive policies of the puppy party.

I have previously expressed my concerns about this “Porch Dog.” We don’t know where she is from. We don’t know whether she is qualified to be on the campaign ticket. She may not even be legally eligible.

In fact, if she can prove that her lineage is appropriate, I will eat these words. And, further, I will donate $100 dollars to the puppy charity of her choice. If not, then she should withdraw her candidacy and go harass someone else’s porch.

Mr. P. Nut Squirrel
Candidate for President of the Back Yard
Rodent Party